Concert For George has been remastered and is now available in the following formats: 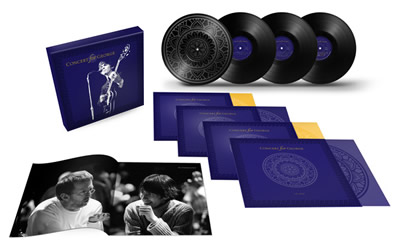 Available for the first time on vinyl. The 4-LP Box Set includes the complete sound recordings from CONCERT FOR GEORGE, on 180 gram audiophile vinyl, featuring a special, mandala-design etched on side-8. This is the first time that all songs from the performance have been available on an audio configuration. Concert For George is now showing in theaters. Click on the poster below for more information. 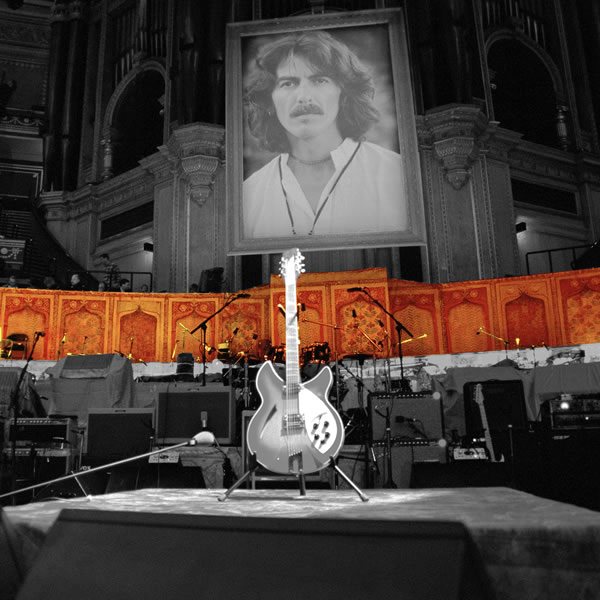 Own A Piece Of History

A unique opportunity to own a piece of the historic event, by way of a cutting from the original hand-painted on-stage tapestry used as the backdrop at the Royal Albert Hall on November 29, 2002. Limited to 1,000 pieces worldwide, the cuttings are available as part of the Digital Box Set, which is housed in a gold-colored, fabric-wrapped box with a die-cut mandala window to display the unique stage fabric (which is mounted on an individually numbered card, suitable for framing). The Deluxe Box Set includes a note from Olivia Harrison, explaining the story behind the tapestry.